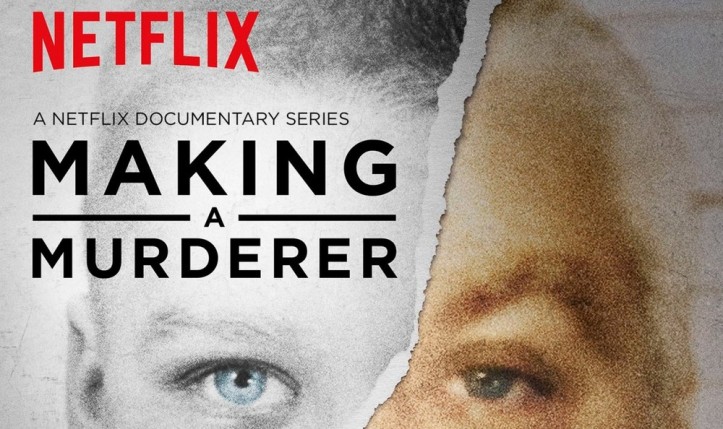 I wanted to see this series mostly because of the buzz and praise it got on the Internet. In terms of what I watch, I like to follow recommendations, but not exclusively. There was and still is a general rave about this and people are still debating theories about it online. It’s the kind of series that builds like a puzzle: you gradually receive pieces of information, try to put it together, but eventually see that pieces do not fit as easily as you thought. In the end you are left with more or less of a mysteries that is yet to be resolved.

“Making a murderer” is a ten-part documentary series written and directed by Laura Ricciardi and Moira Demos, streamed on Netflix. It was filmed over a time period of 10 years during which the two women followed closely the life and trial of Steven Avery. At first I thought it was going to be something ”cheap”, done purely for entertainment like some shows of crime and investigation are done to shock you and generally not doing such a great job in documenting certain cases. So I started this series being very skeptical and the first episode didn’t exactly get me hooked, but I kept on watching and I was surprised. In a good way.

To give you a big picture about the whole story I will say some things without giving you big spoilers. So don’t worry. Steven Avery is a guy who comes from a small town and a family with limited resources, who previously served 18 years in jail without being guilty. His way out was the fact that DNA testing became available, so proof from the trial could be reexamined and so he finally got his chance to prove his innocence. Throughout the first episode you see how poorly handled his case was with some pretty compelling information leads you to believe that he was intentionally put in jail, other information being intentionally ignored so that only he could be charged of that specific crime.

When he got out he sued the police department that handled his case so that he could receive some compensation for the 18 years he wrongfully spent in jail. But soon enough, there is news of a murder and yet again Steven Avery is being the one that is charged guilty. The trial related to this crime is mostly the object of this series, mainly how the investigation of that murder was done, how Steven’s lawyers handled the case and what they struggled with to set up a defense for Steven. You also see testimonials from his family, people involved in the trial and professionals outside the case that use their expertise to weigh in on how the trial and investigation was done.

What I want you to keep in mind is that things are not so clear cut as they may seem, and with every episode you discover new information that will heavily plant the seed of doubt in regards to Steve’s guilt. You will not believe some of the things you will see and hear and just how surreal this whole story will seem at times. Besides it documenting how the trial went, the series also challenges aspects like how the legal systems works in America, the presumption of innocence, the limited resources poor people, that are being accused of breaking the law either rightfully or wrongfully, have to defend themselves.

People argue that the series is one sided and of course it is: it only follows Steven’s side and how the defense did their job and you certainly feel a pull towards Steven’s case. But that doesn’t mean it is subjective in the way that they clearly state that everyone is wrong and only Steven is right. They simply offer you the information and you are left with making your own mind at the end. I told you before things are not specifically clear cut and I am not sure how, after seeing the series, you will be convinced 100% either of his innocence or his guilt. The good thing is you are invited to read more about the case. You have the Internet at your hands to “investigate” past what the documentary offers you and make your own opinion.

Did this make you interested? Will you watch “Making a murderer”? If you watched it already, how did it come across? Tell me in the comments.